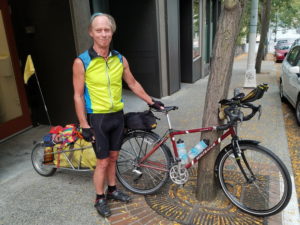 For the past year or so I’ve been collecting my bike routes wherever I go using an app called Strava on my Android phone.  Since it’s too cold to ride (12F, 40MPH gusts) I’ve been trying to find the best way to display my routes, complete with a live map that folks can zoom into for details.   While there is a Strava plugin for WordPress that has potential to be useful, I have not been able to make it do what I’ve wanted so far.

It’s pretty simple to do a  screen-capture of Strava output showing route map, elevation profile and stats.   This is from a ride I did in September 2014, from Colebrook, in the Connecticut Valley of New Hampshire & Vermont, north into Quebec, ultimately camping near Lac-Megantic. 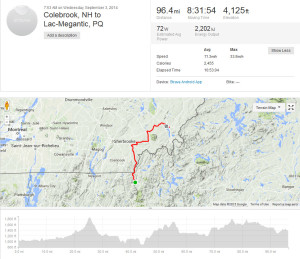 While this is somewhat useful for the big picture, and for showing how painfully slow I am riding my loaded touring bike plus BOB, this does not enable viewers (who may include people interested following my route in their own travels) to zoom in and get the details of the route.

Another approach I’ve played with is to export the route out of Strava as GPX and bring it into Google Maps. This does enable the user to get to the details of the route.  But it’s not my preferred setup, as there is no thumbnail image embedded in my blog, and the elevation profile and stats are lost.

The best (final?) solution I’ve come up with is to bring the route into WordPress as GPX using the plugin WP-GPX-MAPS.  This embeds the route in a live geospatial environment with several viewer options for selecting satellite imagery, open street & cycle mapping, topography etc for background.  It also includes an elevation profile linked to the map.    This is good stuff. 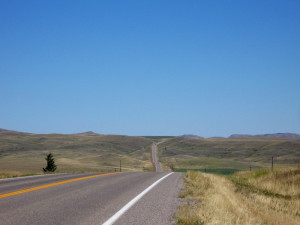 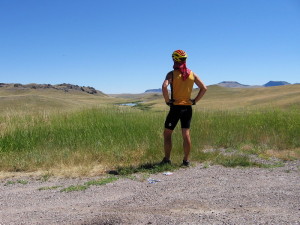